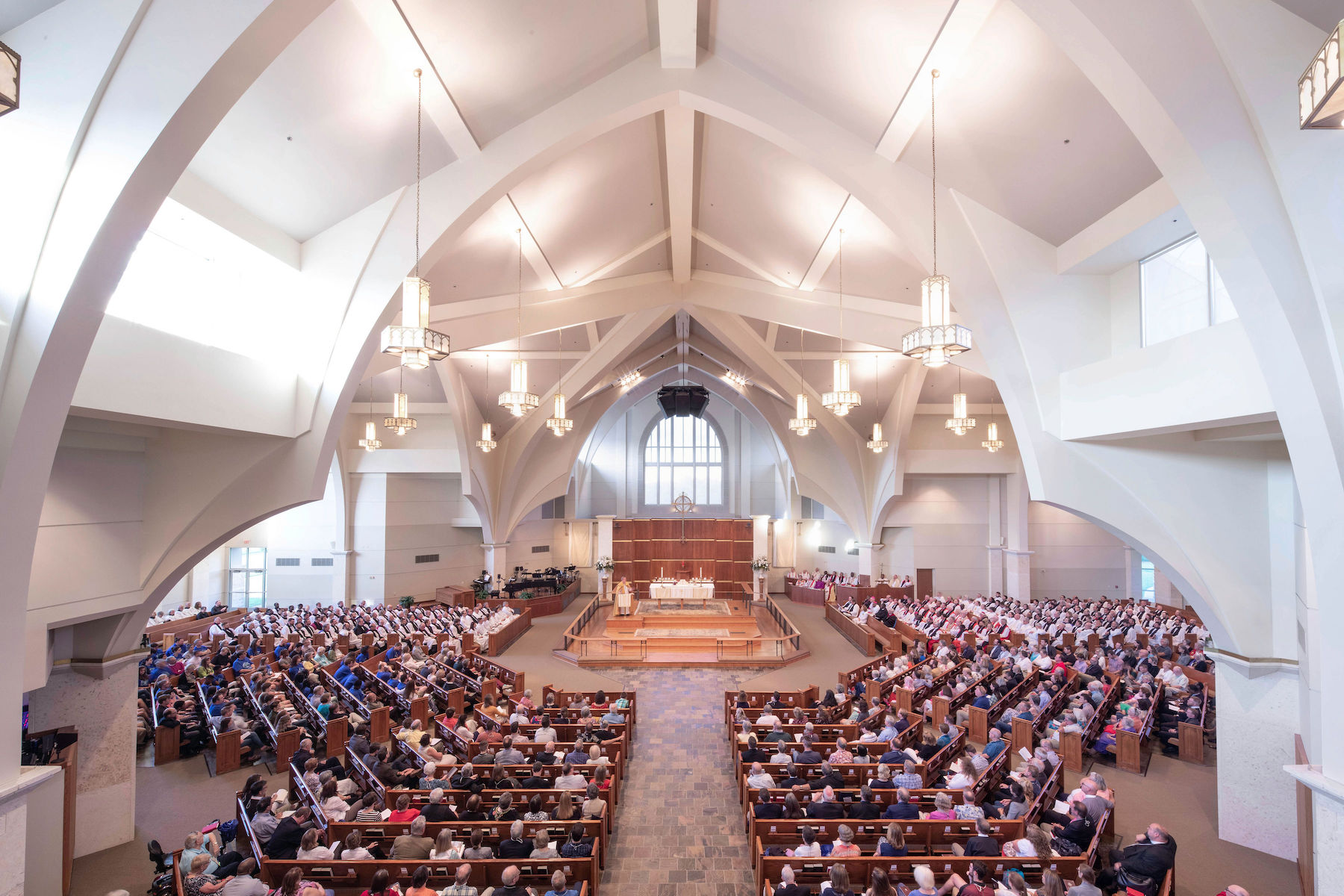 From anglicanchurch.net, the website of the Anglican Church in North America

The call to renew its commitment to the Great Commission brought together clergy and laity from around the Anglican Church in North America and the Global Anglican Communion.

From Monday, June 17 to Wednesday, June 19, the Anglican Church in North America held its Provincial Assembly on the heels of Provincial Council. Assembly, which meets at least once every five years, is the largest governing body of the province. With it comes a conference that brings the Church together for prayer, praise, fellowship, and teaching. At this Assembly, the province celebrated its ten-year anniversary, providing its people an opportunity to look back and see from where the church had come and to look forward to see where she is going. This occasion was marked with the special release of the province’s 2019 Book of Common Prayer, a copy of which all conference attendees received.

The Opening Eucharist was hosted by Christ Church, Plano on Monday night and marked the beginning of the conference. In his opening address during that service, the Most Rev. Foley Beach, Archbishop and Primate of the Anglican Church in North America, reflected on the journey as a province over the last ten years, remembering all that God has done for her in both her successes and trials. He preached on the ministry of John the Baptist, a call to repentance and reform based on the Word of God. St. John’s ministry reflects the province’s work as part of the Church in today’s culture, which includes bringing people to repentance and engaging in the ongoing work of discipleship. “Our calling as believers is not to plant churches,” Beach said, “as good as that is. ... Our calling from Jesus is to go and make disciples. Jesus calls each of his followers to be about this business of disciple-making, helping others follow Jesus as he leads them in their lives.” He encouraged the Anglican Church in North America to take up this call and remember what is most important in the life of the Church: our commission from Jesus Christ to grow disciples for the Kingdom of God.

Tuesday included Plenary sessions throughout the day at the Frisco Convention Center. Each closed with a presentation introducing one of five ministry networks of the Anglican Church in North America: the Every Tribe and Nation Network, the Matthew 25 Initiative, Always Forward, Anglican Global Mission Partnerships, and Next Generation. These networks have been organized to better coordinate ministry efforts within the province.

A highlighted keynote speaker at the main plenary was Christian apologist, Ravi Zacharias. Zacharias addressed the Assembly and encouraged them to stand firm in the faith, recognizing the importance of the Anglican tradition, including the Book of Common Prayer, which has spoken to and informed the Protestant movement. He spoke to the Church’s mission through the story of Joseph in Egypt and the ability of God to bring about good from evil. Zacharias described Joseph as having made it through his trials by the grounding of his faith in a season of temptation, the guarantee of his peace through a season of pain, the generosity of his spirit during a season of power, and the testimony of his contemporaries despite a contradictory culture. Also speaking from the Assembly stage were Dr. Russell Moore, President of the Ethics and Religious Liberty Commission; the Most Rev. Laurent Mbanda, Archbishop and Primate of Rwanda; Archbishop Foley Beach, and others.

Over 30 breakout workshops also gave attendees a breadth and depth of learning and discussion, ranging in topics from maintaining and fostering cultural diversity in our churches, to resourcing urban ministry, the development of the Book of Common Prayer, the history and use of the Coverdale Psalter, and the importance of engaging with the next generation.

This year’s Assembly and 10-year celebration saw 1,175 attendees, representing 23 countries with 10 Primates in attendance, including the Most Rev. Jackson Ole Sapit of Kenya, the Most Rev. Stephen Than of Myanmar, and the Most Rev. Stanley Ntagali of Uganda.