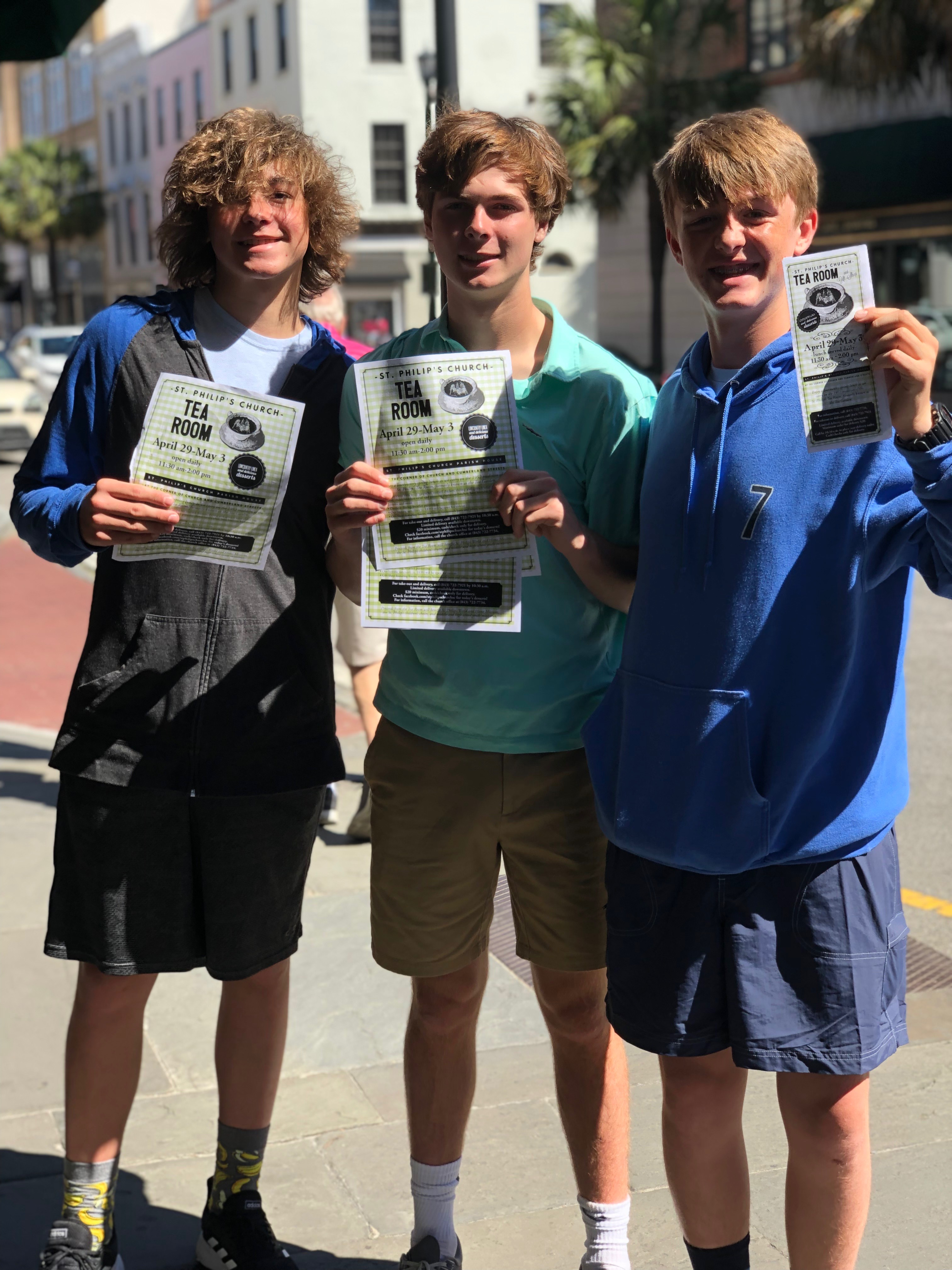 This Saturday was my second time handing out the St. Philip’s Tea Room flyers. Like last year, I had a lot of fun. We started off by getting some doughnuts at Glazed, our youth minister David Gilbert’s special treat. After that, we walked down King Street handing out the flyers.

We split up on each side of the street, all the boys trying their best to avoid Victoria’s Secret. I was in a group with Shay Dotterer and Julian Ford. We took turns talking about the Tea Room to the owners and employees of the stores, and I somehow always got the national chain ones. The people at those stores just gave us an awkward look, saying, “I could put it in the break room if you’d like.” The people at Apple and Urban Outfitters really just did not seem to like me, but people at some of the smaller stores enjoyed hearing about the Tea Room for the first time or got excited about their annual treat. I remember one lady in particular who worked at Brooks Brothers who seemed especially excited. She said that she always looks forward to the Tea Room and couldn’t wait to order from St. Philip’s.

At each street corner, David insisted we do something to embarrass ourselves to no end. The man just flat out does not get embarrassed, and it can be really funny at times. He likes to ask where Platform 9 ¾ is and where the nearest crossbow shop could be found (in an accent I can’t particularly figure out). He got Jackson Ayers and Mills and DuBose Egleston to sing “Party in the USA” as awkwardly as possible, which was both funny and embarrassing for me at the same time.

Hands down, the best part of the handing out of the flyers was hanging out with Chewy, the Gilberts’ new half Lab, half Great Pyrenees puppy. He met another puppy, about twice his age, that was the same breed! It was the cutest thing. The puppies are two-and-a-half months old and five months old. Chewy also met the Dalmatian outside the fire station, which was also adorable. It was Chewy’s first time helping the Tea Room out, and I hope I see him when we do it again next year. 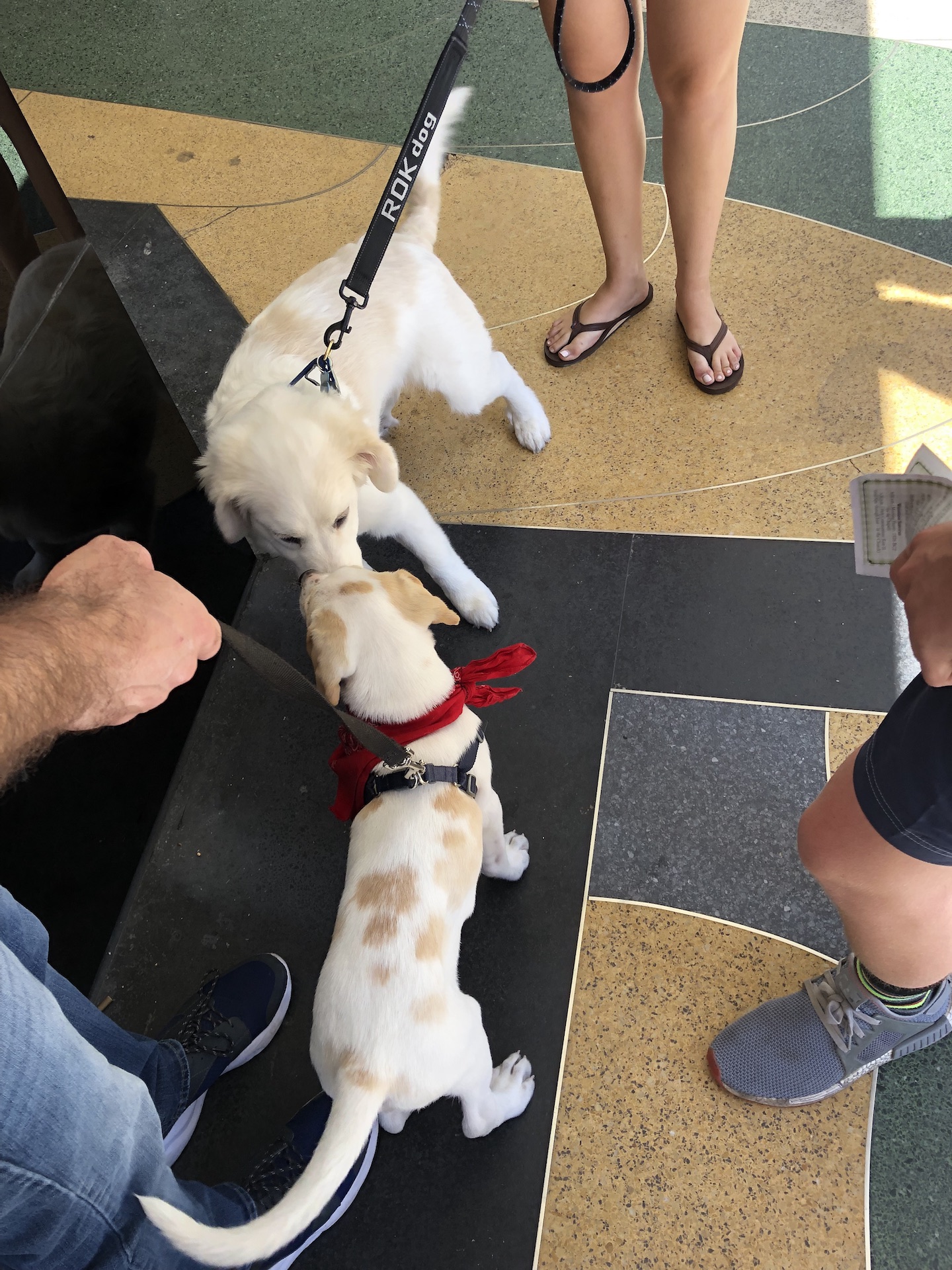 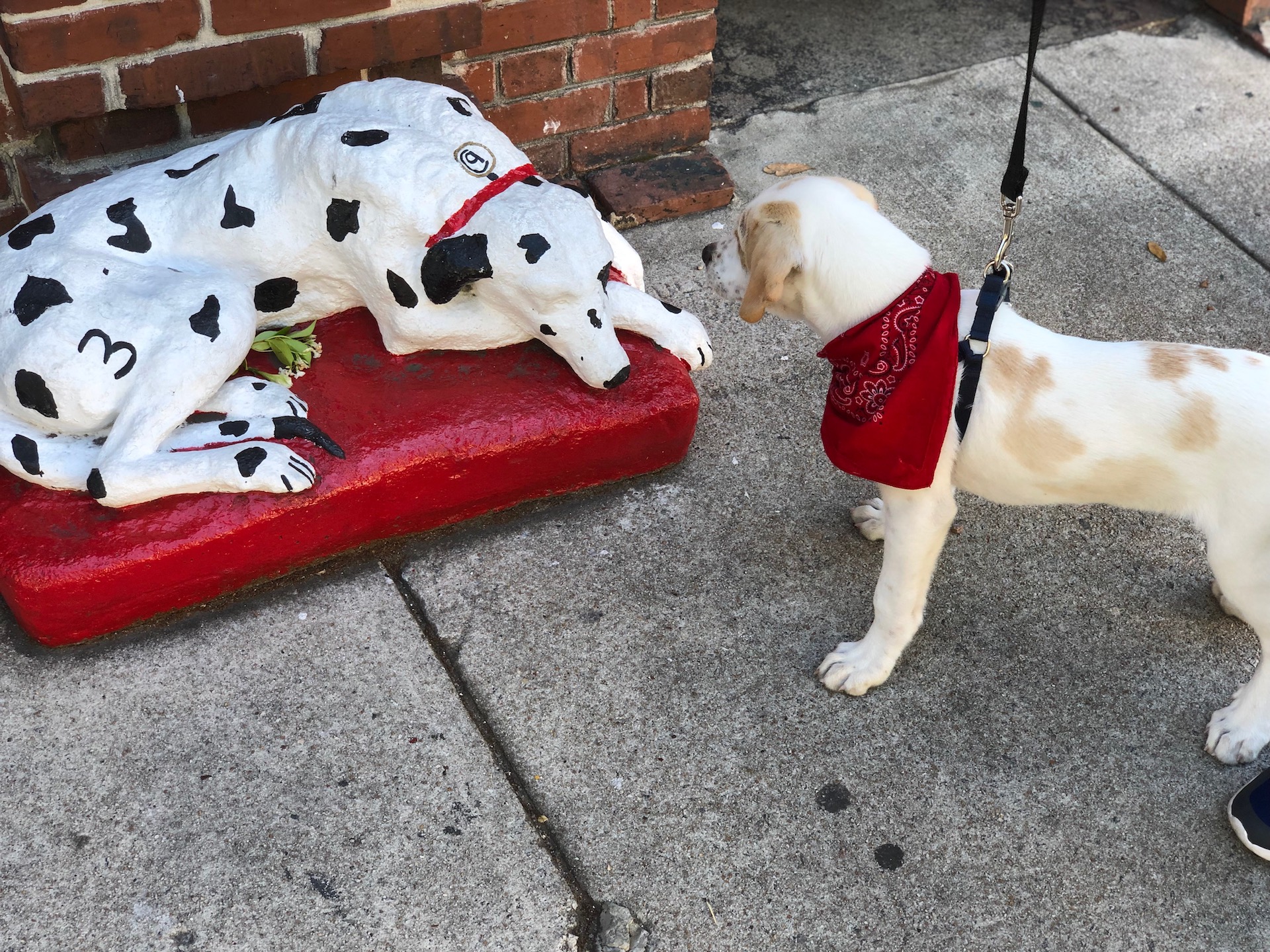 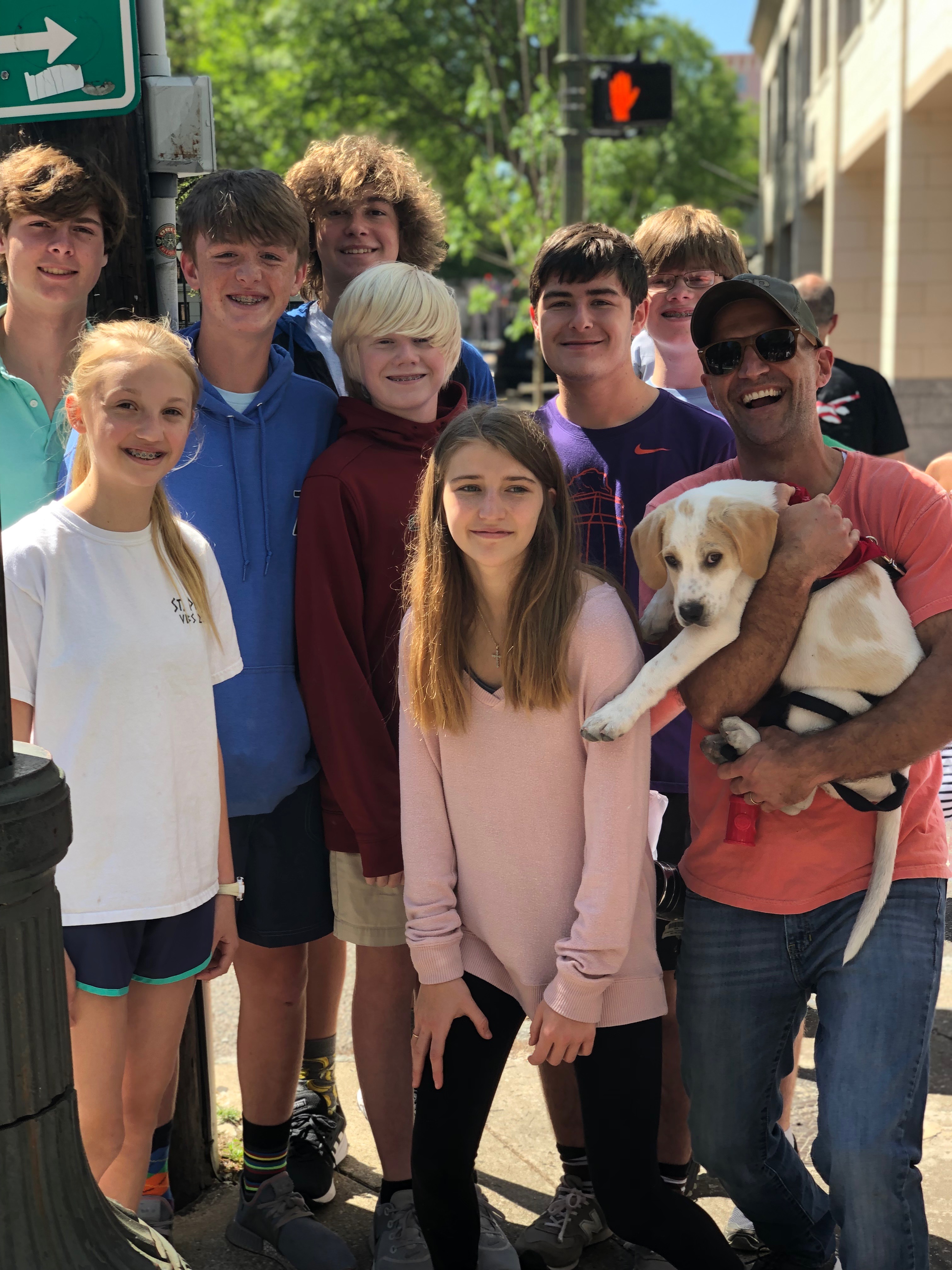 A donut stop ensured everyone had enough energy for the task!

This new friend was a lot more active than the Dalmation.

Worship With Us on the Eleventh Sunday After Pentecost!

Worship with us on the Tenth Sunday After Pentecost!