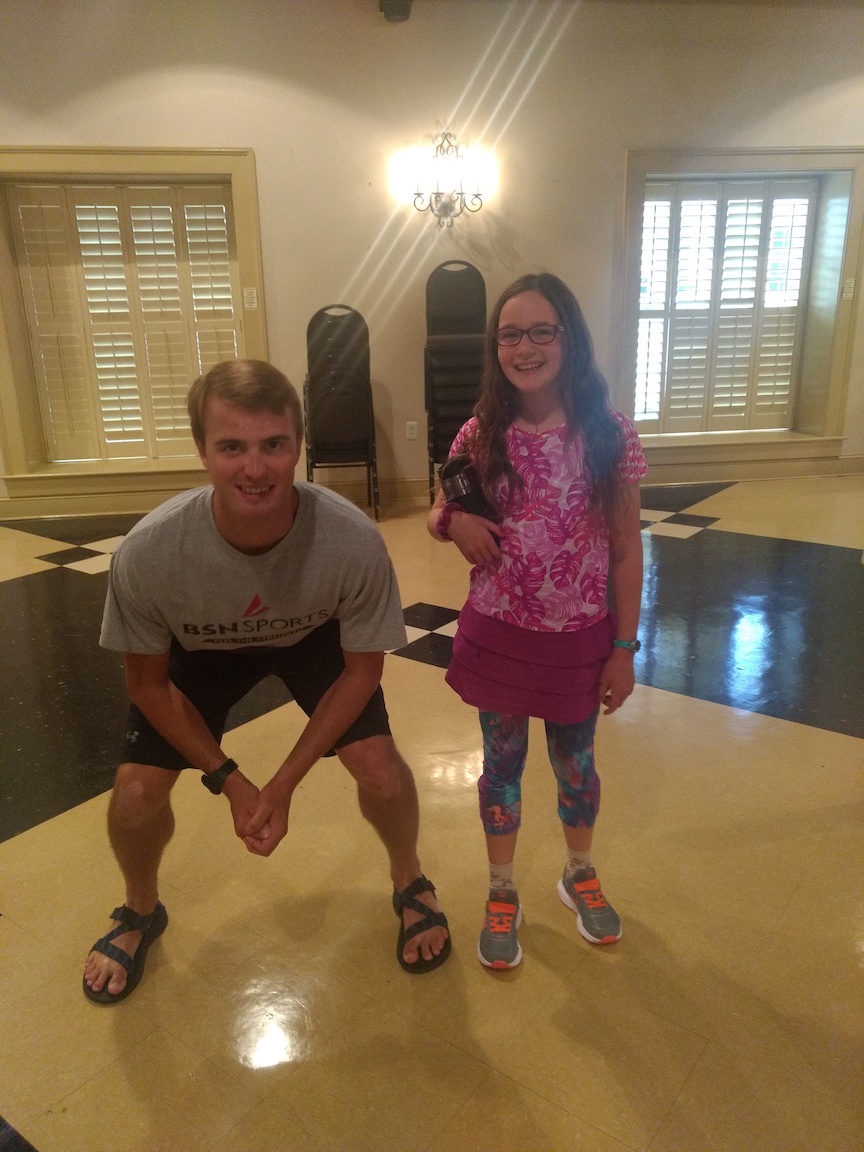 My granddaughter Grace, who lives in California, spends two weeks with Doug and me every summer without her parents. At a very early age, around two, she fell in love with Jesus. She learned to read at three out of the Jesus Storybook Bible, and now at 11, she is reading the “real” Bible. She loves to play “Bible Bottecelli,” a game we made up where we guess characters in the Bible. She knows more than I do about the Old Testament kings, and at the beach she makes Bible scenes out of shells she finds. Because of the grandparenting ministry events and Brian McGreevy’s C.S. Lewis class, Doug and I are learning to be intentional about our grandparenting the way Jesus wants us to.

This summer when Grace stayed with me the first two weeks in July, I was looking for something for her to do at St. Philip’s, knowing that most children’s activities were in recess, a well deserved rest for the teachers and leaders. I was surprised, then, to see an announcement in the eSPIRE about a Tuesday evening program led by David Gilbert. Before his program, at 5:00 p.m., was an opportunity for a Bible study with Sarah Silcox, just for girls Grace’s age. This program was called “Against the Tide,” and it fit right into our schedules between zip-lining and the waterpark.  The first meeting was the week before Grace returned to California. I emailed David and Sarah and asked them if she could come, even though she would only be able to attend once. I received immediate warm responses from both, saying she was welcome. They would be on the lookout.

I was a little apprehensive about taking Grace, because she would be with strangers for three hours. She was willing and happy to go, though, so it was my own problem. When we dropped Grace off at St. Philip’s, Sarah was there, immediately engaging her and making sure she became part of the meeting right away.

Doug and I knew that after the five o’clock hour, Grace and the other girls would go into the adjoining room to join the boys and have a couple of hours of fellowship during “Endless Summer,” David’s program. So we left.  When I came back to pick up Grace, I was shocked to see her doing a line dance with David Gilbert. What energy and joy on his face as they danced, at first the only two standing up in front of everyone, and then later as more joined and they led the group. Chase Patterson, whom we had met the first time he visited St. Philip’s and have sat with and eaten with countless times since, was there too, talking to the kids and laughing ... and yes, dancing.

Grace absolutely loved her time with Sarah and the other girls and with David and Chase and Sarah later. I was so thrilled to have a place where she could experience the youth program at our church, even in the middle of the summer.  And I received follow-up emails from both David and Sarah, telling me how much they enjoyed my granddaughter.  How blessed we are to have David and Sarah and Chase on the front lines of that ministry.

Worship With Us on the Third Sunday After Pentecost!

Worship With Us on the Second Sunday After Pentecost!

Finding Comfort and Community in the New Normal