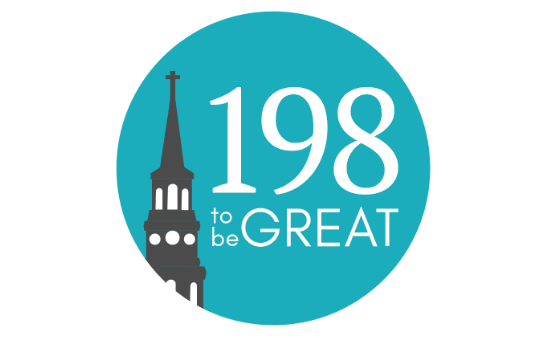 The St. Philip’s clergy, Vestry, and staff are delighted to report that we have successfully completed our 60-day “$198 to be Great” debt retirement campaign, and we would like to thank everyone who has so generously provided! The campaign goal was to raise $113,000 in contributions above and beyond our regular giving to defray the approximately $198,000 in debt we had on the balance sheet at the beginning of 2019. Planned reductions of $85,000 in the approved operating budget would allow the debt, which St. Philip’s has been carrying on the books for almost 20 years and which as recently as 2014 sat at $1.2 million, to be fully retired by the end of the year. Praise the Lord!

As of June 5, we’d raised $113,430 with an average gift of $326––well above the $198 amount asked! While we’ve reached our goal, the church prayerfully requests that the 43% of our regular givers who have yet to make a contribution please cheerfully give whatever they can. Any funds collected in excess of the goal will simply reduce the budget debt reduction requirement.

“Whoever sows sparingly will also reap sparingly, and whoever sows bountifully will also reap bountifully. Each one must give as he has decided in his heart, not reluctantly or under compulsion, for God loves a cheerful giver. And God is able to make all grace abound to you, so that having all sufficiency in all things at all times, you may abound in every good work.” –2 Corinthians 9:6-8

You may make an online contribution by clicking here and selecting fund "198 to be Great". Contributions may also be given in the Sunday offering plate. Please note “198 to be Great” or “debt elimination” on the memo line of checks contributed to the campaign.