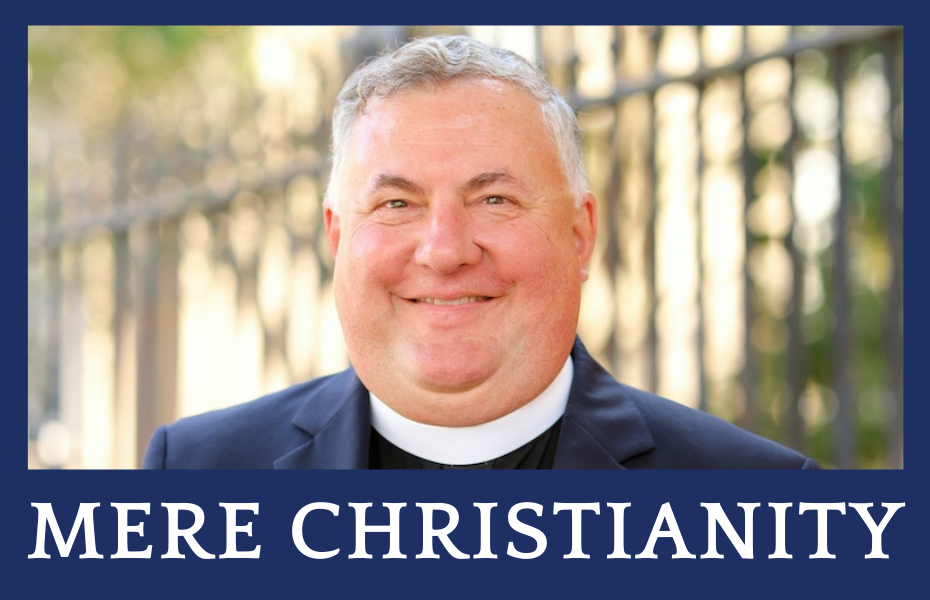 Mere Christianity began as a series of radio talks during the darkest days of World War II in England. Lewis was asked by the BBC to do the talks because so many people were living in fear and anxiety and were feeling that the world was crumbling around them, that "the wheels had come off the bus." Our culture today is beset with many of those same anxieties, albeit for different reasons. Lewis's broadcast talks were then edited by Lewis and published in book form as Mere Christianity. The book is still remarkably fresh today and serves as an encouragement to the believer, a winsome challenge to the doubter, and an effective apologetic for the unbeliever.

If you would like to begin reading the book, I would encourage you to get a copy and read one chapter aloud and then let that chapter "percolate" for a day or two before reading the next one. The chapters are short but packed, and it is easy to get lost if you read too much too quickly. Because the book was originally broadcast in serial format, reading one chapter at a time and doing so out loud will help you recapture the pace Lewis intended.

An Introduction to "Mere Christianity" from the Rev. Brian McGreevy

Link to Podcast on iTunes

More in Online Class or Study