Passing on the Legacy of Faith to the Next Generation

Passing on the Legacy of Faith to the Next Generation 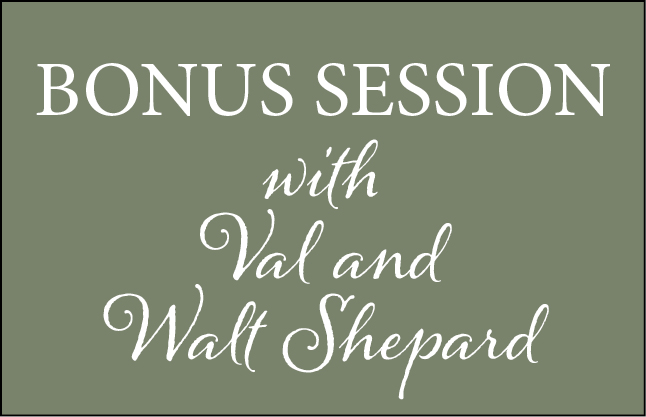 All are invited to enjoy coffee and breakfast treats while listening to this bonus session with Valerie Elliot Shepard, the only daughter of missionaries Elisabeth and Jim Elliot, and her husband, Walt. The topic will be "Passing on the Legacy of Faith to the Next Generation," and everyone with young people in their lives is encouraged to attend! Walk-ins are most welcome, but registration is appreciated.

Let us know you're coming

Learn more about Valerie Elliot Shepard in these short videos:

Val introduces her book Devotedly, about her parents' love story

About our speaker: Born February 27, 1955, in Shell Mera, Ecuador, Valerie was the only daughter of her missionary parents, Elisabeth and Jim Elliot. They were missionaries to the Quichua Indians of the Amazon jungle. In January 1956, while attempting to reach the Waodani Indians (a primitive and savage stone age tribe) with four other missionaries, Jim and the other men were speared to death. Elisabeth and Valerie continued to live with the Quichuas until miraculously they were invited to live with the Waodani tribe that had killed Jim. They lived with these Indians for 2 years in safety and contentment, as Elisabeth and another missionary, Rachel Saint learned to speak the language and translated the story of Jesus for them. Most of them accepted the truth and said they would not kill anymore, and have not since that time.

Valerie graduated from Wheaton College in 1976 with a BA in English Literature. She married Walter Shepard shortly after that and moved to live with him in Louisiana. Walter grew up in the Democratic Republic of the Congo with his missionary parents.

She has spent over 45 years being a pastor’s wife, raising eight children, homeschooling, and teaching Bible studies. They now have thirteen grandchildren, and their adult children now live from California to the UK.

Valerie and Walter’s ministry has been one of hospitality, leading prayer meetings, and learning to live in God’s grace with joy. She has shared some of the radio ministry, called “Gateway to Joy,” with her mother, on Back to the Bible Broadcasting Network.

Having always had the desire to be missionaries, she moved with her husband and 3 of their children to Kinshasa, in the Democratic Republic of Congo in 2005. They stayed until June 2008. Because of health reasons, they decided to stay in the States, and God moved them into a different American mission field. In 2008 they moved to Southport, NC where they planted Christ Coastal Church until Walt retired in August of 2018. They now live in Long Beach, MS, where Walt’s grandparents and mother lived most of their lives.

In February 2019, Valerie published Devotedly, a book about her parents’ courtship.