Martha Vetter Ministering in Rwanda
at the Dufatanye Organization.

Blessed are the merciful

Little one with her grandmother

Members of the cooperative

The harvest is plentiful

Volcanoes bordering the Congo and Rwanda

The Stoning of Stephen illustration

Dancers at the graduation

House that was blessed

Scene from the cooperative

Participants of our Bible study 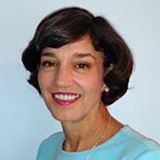 Martha Vetter, a native of NC, is a nurse, teacher, and children’s minister. She lived in Rwanda from 2001-2007, where she taught Bible and served as the Acting Headmistress at Sonrise School for Orphans. She wrote a Bible curriculum for primary schools, ministered to street children, and took a Rwandan pastor to India for cardiac surgery. She is “mom” to Theo and Joel, two Rwandese students who she taught at Sonrise and who now attend Wingate University. Martha returns to Rwanda for several weeks each year to encourage many of her Rwandese "children" and to serve at the Dufatanye Organization in Nyanza. 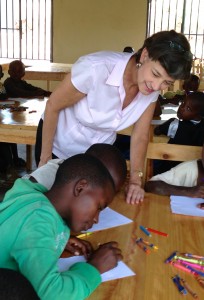 The Dufatanye Organization is located in Nyanza, Rwanda. The cooperative assists very poor, mostly illiterate people who are either HIV positive or have AIDS. Currently, fifty-eight families, including two hundred and fifty children, are members of the organization's farming cooperative community.

The cooperative has acquired land and set up agricultural and vocational projects for the members. These projects include cultivating a thriving banana plantation, growing an assortment of vegetables, making clay tiles and mud bricks, digging ponds for fish farms, and raising cows, goats and rabbits. Profits from these projects are then distributed among the members of the cooperative and a portion is also used to help with on-going projects. When possible, part of the profits are used to build a house for members who have no home and to provide milk, medical care and even mattresses for them too.

In addition to projects on the co-op grounds, members are involved in the community-at-large to assist in AIDS Sensitivity Training. One day each month, co-op participants encourage others to become more responsible in a holistic fashion: physically, financially, emotionally and spiritually. This helps to develop an environment of responsibility among people in the community. 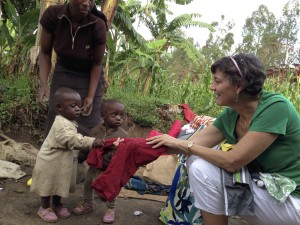 Recently, the cooperative has built a large reception hall with office space and furniture to accommodate Bible, literacy and English classes, and to host wedding receptions and other family/community gatherings. This building is called the Dufatanye Ministry Center (DMC). We hope to expand this ministry to include microfinance projects and after-school programs for children. This “ministry center” is located on a grassy knoll just opposite the Dufatanye farmlands. 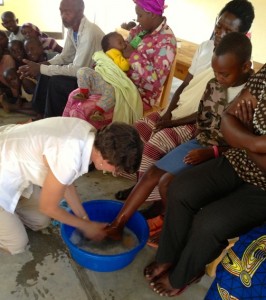