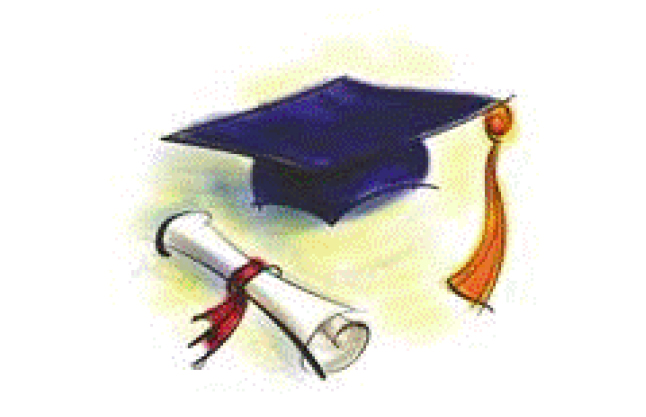 If not for the pandemic, many in our parish family would have spent last weekend or a weekend coming up celebrating a loved one's graduation. There would be ceremonies: caps and gowns, deans and diplomas, confetti and car keys (maybe), kisses and hugs from family, and hugs and handshakes from the families of fellow graduates.

That's not what Graduation 2020 looks like, but our St. Philippian graduates are taking everything in stride. Hope Walters loved her time at Virginia Episcopal School and will miss her friends, but she's looking forward to a graduation ceremony in July before she heads to Wofford in September. Isabelle Boulware, who is also headed to Wofford, is looking forward to a rescheduled ceremony, planning to return to The Asheville School at the end of June to reunite with her friends. Augusta Dixon is excitedly looking ahead to playing basketball at Middlebury. South Wallace's family is enjoying having him home from Episcopal High School before he heads off to the University of Virginia, and they are all hoping that before that happens, they will get to return to "The Holy Hill" for an August graduation ceremony (or October if necessary). Edward Frampton, who is also graduating from Episcopal High School, has been missing his boarding school friends and closure for his senior year, but he's enjoyed the fellowship of his Charleston friends––and his family has "selfishly" enjoyed having him at home before he heads to Sewanee: University of the South. Margaret O'Kelley leaned on her faith as she and her classmates at Ashley Hall awaited a decision about a ceremony, exhibiting great resilience and leadership all the while––the ceremony is now set for August 1, less than two weeks before Margaret heads to Chapel Hill! Alida Sinkler, who finished up at the University of Georgia with a Bachelor of Science in Health Promotion and a minor in Global Health, is looking forward to a busy fall––she will be joining Americorps, planning to pursue a career in health services after, and her UGA ceremony is set for October. Mena Kerrison's senior year at Sewanee was exciting from beginning to end. In the fall, she was captain of the women's soccer team, leading them to the semifinals of the SAA Conference, and in the spring, she was named salutatorian of the class of 2020! Nancy Hagood, who earned her Doctor of Medicine from the Medical University of South Carolina, will be in a familiar setting as she moves into a residency in internal medicine and pediatrics at MUSC, while Meg Graham, who earned her Bachelor of Science in Psychology from Presbyterian College, is beginning a new adventure far away: teaching English in Madrid!

Graduates, we are proud of the hard work you've put in to get to this point––congratulations on a job well done!

O Eternal God, bless all schools, colleges, and universities, that they may be lively centers for sound learning, new discovery, and the pursuit of wisdom; and grant that those who teach and those who learn may find you to be the source of all truth; through Jesus Christ our Lord. Amen.