The St. P's Giant Slayers Shut Down the Charleston Crushers 14-9 in First Win of the Season 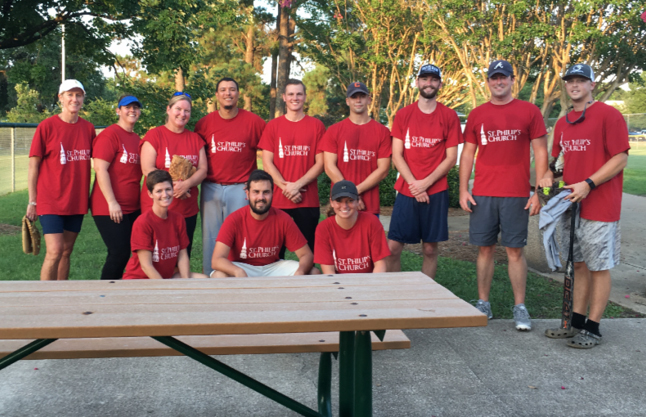 In only the second game they've played (two were rained out and one was forfeited), the St. Philip's adult co-ed softball team, led by team captain Ryan "One-Way" Streett and manager Benjamin Singleton, notched their first win of the season last night! After being down 4-2 after the first inning, the Slayers brought in six runs against the Crushers, establishing a lead they never gave up. Congratulations, St. P's!