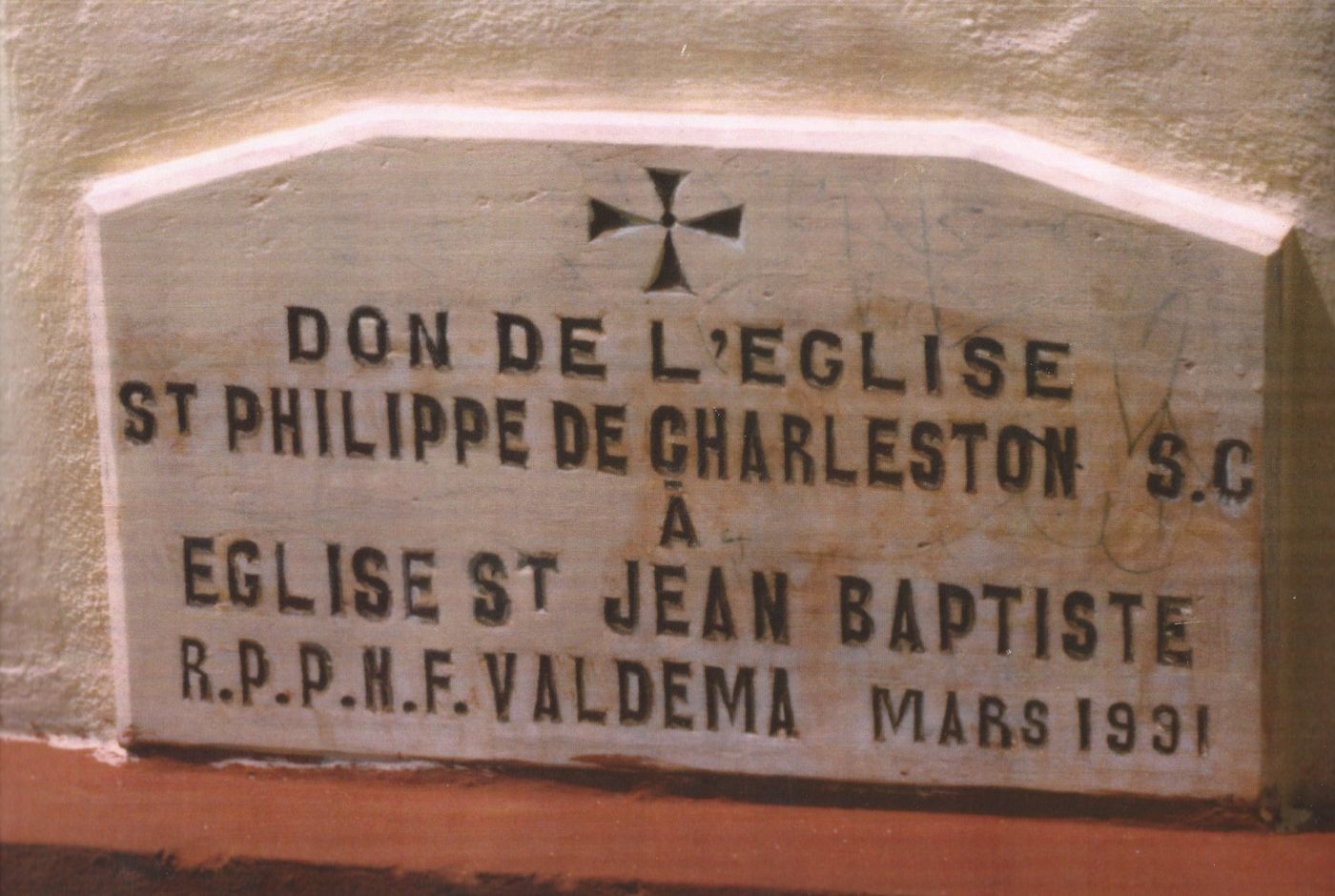 St. Philip’s Church has been involved in La Gonâve, Haiti, since the late 1980s, when one of our parishioners at the time, Tommy Johnston, and his family followed God’s call to be the liaison between the Episcopal Diocese of Haiti and the US Church. During his years of service in Port au Prince, Tommy met a young priest named Pere Fritz Valdema (Pere Val). While Tommy was there, Pere Val was called as a priest to serve on La Gonâve Island. At the time there were only two churches on the island and they were small and in very poor condition. Tommy went with Pere Val and his wife on their first trip ever to the island. When they saw the conditions there they turned to God to ask how in the world could they do anything to help. And God had the answer - a partnership between the Haiti churches and the US churches. The first partner was, therefore, St. Philip’s because of Tommy’s leadership. In 1990, the plans for a new church were laid. The church would be St. Philip’s partner. St. Philip’s helped build St. Jean Baptiste Church (our sister church), and in 1997 we added the separate school building, cistern, and latrines. In 2001 we added another school building as the student body was increasing at a rapid pace.

In 1995 several other local churches joined the partnership program with the Episcopal Church in the Diocese of Haiti. Now, 25 years later, the partnership is called La Gonâve Partners and is continuing to grow. It is unique in that it consists of Baptist, Presbyterian, Anglican, and Episcopal churches all working together for the common good of our fellow Christians on the island of La Gonâve, Haiti.

There are 10 Haitian churches in the partnership now and each one has at least one US church or organization as a partner. Each church also has an elementary school. The mother church on the island St. Francis of Assisi includes the only high school serving all ten communities as well as the compound where visiting mission teams stay.

St. Philip’s continues to send a mission team down to celebrate St. Jean the Baptist feast day, June 24th, every year. We usually go from Wednesday through Monday, so it is not much of a burden on team member schedules. But it is long enough to fall in love with the wonderful people of Haiti and God’s blessing on them through our call to serve them.

St. Philip’s and the partnership also support a medical clinic, the Bill Rice Clinic, that serves all the churches with a regular nutrition program, community health workers, professionally trained matrons, and doctors. Between the local leadership and staff and regular US medical team visits the clinic has made a powerful impact on the overall health of the people of la Gonave. We had our first mobile medical clinic for our Sister church in 2012 with follow up in 2013 & 2014.

There is also a goat program that serves all the church communities providing training and goats for sustenance and for marketing.

We have an agriculture agent who was sponsored by a St. Philip’s parishioner for his primary and secondary education, and then by the partnership for agriculture certification, who is now working and living on La Gonâve teaching the farmers how to produce better and more crops with techniques like terracing and rotating crops.

We have started a microfinance program and we hope it continues to grow. There are now adult literacy programs, community Bible study, and International Bible Studies in all communities.

There is also a women’s project, which is a trade school for women to learn to cook, sew, craft jewelry, manage money, and many other useful things. You can learn more about this program and even do a little shopping at Beatitudes, Inc.

There really is not any part of life that St. Philip’s and the La Gonâve Partnership are not addressing on La Gonâve.