An Observation of John Dickson's "A Doubter's Guide to Christianity" 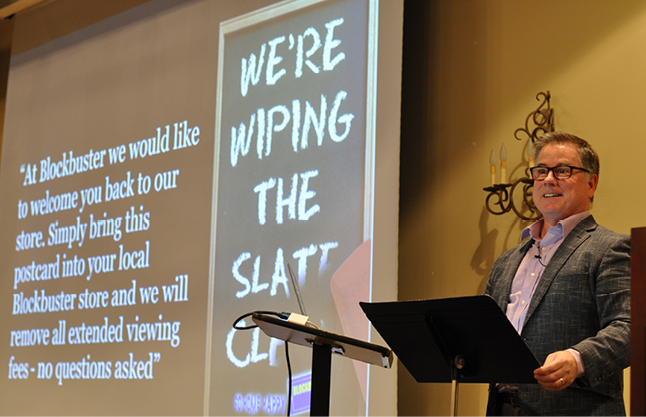 I wasn’t quite sure what to expect of this talk on a Wednesday evening at St. Philip’s, except that it would be relatively short and sweet. Really, the word “doubters” in the title caught my attention. I have many people in my life who question the Christian faith and some who claim to be atheists, so I attended hoping to pick up a few tools in defense of the faith that I love. I was not disappointed.

Listening to Dr. Dickson of Sydney deliver his carefully concise message, his humor woven throughout with his Strayan accent and lingo, I was delightfully entertained. He discussed what exactly the basis of our Christian faith is and proceeded to clarify and dissect the Apostles' Creed. Now, although I’ve been reciting the Creed since my youth, he explained some things I had never realized about the three fundamental beliefs in the Apostles' Creed that unify all Christians.

I believe in God, the Father almighty,
maker of heaven and earth;

And in Jesus Christ his only Son our Lord;
who was conceived by the Holy Ghost,
born of the Virgin Mary,
suffered under Pontius Pilate,
was crucified, dead, and buried.
He descended into hell.
The third day he rose again from the dead.
He ascended into heaven,
and sitteth on the right hand of God the Father almighty.
From thence he shall come to judge the quick and the dead.

I believe in the Holy Ghost,
the holy catholic Church,
the communion of saints,
the forgiveness of sins,
the resurrection of the body,
and the life everlasting. Amen.

First, we all agree on the reality of God. The first stanza says we believe that God is the Father Almighty, Creator (and Source) of heaven and earth. This goes back to Genesis chapter one, where God created everything and said, “It is good.” Dr. Dickson spoke of God as the giver of gifts, and that “all of life is brimming with significance." Unique to me was the analogy Dr. Dickson gave of the prodigal son (Luke 15:11-32). If everything comes from God, then isn’t it possible, when not giving thanks to God for everything, we are like the prodigal son? We want the gifts, but we misuse them or disregard the giver, God. This point, for me, is quite thought-provoking and life-changing! Words cannot describe the magnificence of this God-given creation, and yet every day I am lulled to a spiritual sleep by the rhythms and routines of life. Before you know it, God has been forgotten and I have not even said thanks for the meal in front of me. I do not want to be the one who ignores God or shuts Him out. As a result of this, I am resolved to deliberately pause throughout my day just to say, ”Thank you, Lord” and to acknowledge all these gifts that surround me.

The second stanza, beginning with “And in Jesus Christ, his only begotten Son, our Lord," is another core belief we Christians share in what God has done to bring back the prodigals. Dickson stated, “In Christ’s death and resurrection God provides amnesty with the world (that is the prodigal). God provides forgiveness.” All Christians agree on this point as well. God is like the prodigal’s father: running, embracing and welcoming his child back into his arms. An interesting little nugget within the second stanza is the reference to Pontius Pilate, which Dr. Dickson pointed out places Jesus in real time, documented history. I just love this! I’ve always wondered about it and found it odd that this official’s name would pop up in the middle of the statement about our faith. But because it does, we know the events of Jesus are not some fictional story or invention by man.

The third stanza talks about the third person of the Trinity, the Holy Spirit. The forgiveness of sins, the resurrection, and life everlasting is the third fundamental thing on which all Christians agree. The work of the Spirit in the past, present, and future is to inform the communion of the saints. Dickson explained that “the Spirit is interested in taking ordinary people and forming them into something special.”  The Holy Spirit breathes life into Christians, which reflects the love of the Trinity. Christians in the communion of love is the result of the Spirit. Dickson also stated that because we are all sinners, as prodigals in a sense, no one is ranked above anyone else. We should all see each other as forgiven sinners through the love of God.

Dr. Dickson remarked that over the centuries Christians may have disagreed on many things, but concerning the content of the Apostles' Creed, we always agree. His edifying discussion is ripe with stories and illustrations that are bound to put a smile on your face. Personally, I am better fortified to explain what I believe and why. I encourage everyone (believers and unbelievers) to listen to this 58-minute podcast.

An Observation of John Dickson's "A Doubter's Guide to Christianity"