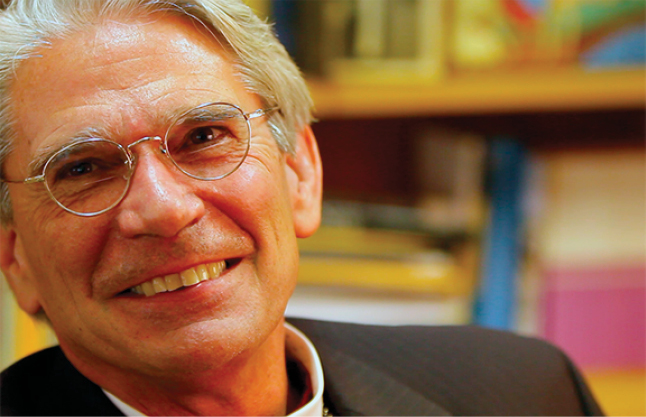 The following is a press release from the Anglican Diocese of South Carolina:

On July 9, 2020, the Rt. Rev. Mark J. Lawrence, who has served as the Bishop of The Anglican Diocese of South Carolina since January 2008, announced his plans to call for a Bishop Coadjutor who will step into the role of Bishop of the Diocese at some time in the next 18 to 24 months.

In a letter to the Diocese he stressed he is not yet retiring or resigning. “I have many tasks, duties and commitments here before this can take place,” he said. "Yet it is essential for me to take this step of calling for a bishop coadjutor in a timely fashion.”

In explaining his reasons for setting the process in motion now, the bishop touched on his age––he turned 70 this past March––and his desire to spend time with his wife and family. “Allison and I have 19 grandchildren––some are all but grown and others are moving quickly through life’s early stages. Being with them at important life passages becomes increasingly challenging for a bishop with a full diocesan schedule. With our family spread across South Carolina and Pennsylvania, and extended family still in California, these primary loyalties of the heart call to be honored.”

The Diocese will begin the process to elect a Bishop Coadjutor immediately. The Standing Committee, which serves as a Board of Directors, will oversee the process. The search committee will consist of representatives from the Standing Committee as well as one clergy and one lay person chosen by each of the six geographic deaneries of the diocese which, based in Charleston, consists of more than 20,000 members in 53 congregations from Myrtle Beach to Bluffton and Conway to Barnwell.

Reflecting on the ministry of the Bishop, the Rev. Jeff Miller, Rector of historic St. Philip’s Church in Charleston, said, “Whenever Mark Lawrence speaks, you catch the distinct echo of the voice of the Good Shepherd, and that’s the real reason the people of this diocese have cheerfully followed him these past 12 years. He’s been a friend, a counselor, a mentor, a soldier, but especially, a good shepherd, and the flock is going to miss him!”

Lawrence’s tenure has not been without tension. He served at the helm during the Diocese’s decision to and process of separating from the Episcopal Church, which occurred in 2012.

“One of the great things the Bishop did during the height of the lawsuit,” said the Rev. Gary Beson, Rector of Prince George Winyah, Georgetown, “is rather than circling the wagons he told us to go out. ‘The fields are white to harvest,’ he said in a convention address.” Beson is one of the clergy who launched one of the four church plants that began under the Bishop’s leadership.

In addition, in 2009, during a Diocesan Convention address the Bishop called the Diocese to focus on “Making Biblical Anglicans for a Global Age,” which has been a touchstone for the entire diocese going forward.

Out of this call numerous churches began missional partnerships with churches around the world and the Anglican Leadership Institute was launched which through nine sessions, has brought 133 emerging Anglican leaders together for a month-long training initiative.

Bishop Lawrence was born in Bakersfield, California, on March 19, 1950. A fifth generation Californian he was educated at California State University, Bakersfield (BA, 1976) and Trinity School for Ministry (M. Div. 1980). He has also received honorary degrees from Nashotah House (D.D. 2008) and Sewanee (D.D. 2009). He has ministered in a wide variety of parish settings from suburban church plant, rural mission, inner city church, to downtown parish in California and Pennsylvania. These include Holy Family, Fresno, CA; Saint Mark’s, Shafter, California (1981-1984); Saint Stephen’s, McKeesport, Pennsylvania (1984-1997) where he also established on Mon Valley Tri-Church Ministry taking two smaller congregations under a multi-staff network; and Saint Paul’s, Bakersfield, California (1997-2007). Known for being a dedicated pastor-teacher, he is a frequent speaker at retreats and conferences within the Anglican Diocese of South Carolina and elsewhere. He has also published articles on devotional and ecclesial concerns in various periodicals.

Bishop Lawrence has also been a participant at Lambeth 2008, GAFCON 2008 in Jerusalem and GAFCON 2013 in Nairobi and at the 2018 GAFCON in Jerusalem. In addition, he has been an invited observer at several of the most recent Global South gatherings internationally. He has been a member of the Anglican Church in North America College of Bishops since 2017 and presided over the Anglican Diocese of South Carolina Convention’s vote to join the ACNA.
He is the founding Chairman of the Anglican Leadership Institute; and serves on numerous boards including Trinity School for Ministry; Cummins Theological Seminary; Canterbury House Board of Trustees; Porter-Gaud School Trustees; and Governors Board of Holy Trinity Classical Christian School.

Mark has been married to Allison Kathleen Taylor since 1973. They have five children: Chad, an Anglican priest and headmaster in Beaufort, SC, married to Wendy, they have four children; daughter Adelia, married to Stephen Matson who is the pastor of Family Ministry at Grace Anglican in Grove City, PA and parents of three children; middle daughter, Emily, married to Jacob Jefferis, parents of five children live in Grove City, PA; Joseph, ordained priest, serving as an Instructor at Holy Trinity Classical School and as a Priest Associate at the Parish Church of St. Helena’s in Beaufort, SC, married to Joette, they have three children; and Chelsea, married to Jason Hamshaw, is Rector of All Saints Church, in Florence, SC, they have four boys.

Worship With Us on the Fourth Sunday After Pentecost!

Worship With Us on the Third Sunday After Pentecost!