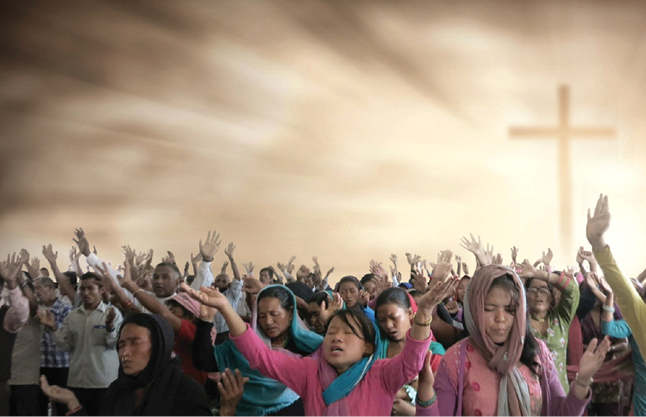 There’s been a wonderful development from our World Missions Committee this year. We are adding the frontier missions organization Anglican Frontier Missions (AFM) to our annual giving budget! As part of your giving to St. Philip’s, you are in this partnership as well.
So what is Anglican Frontier Missions? Well, let me start with a few world mission facts:
What does it mean to be unreached, you might ask? The unreached, known more recently as the “least evangelized" or “frontier people groups,” are groups who essentially have no access to the gospel––no Christian neighbors, no churches, no Bibles, no Christian radio, no Christian books: zero access. Even if they knew to want access, there is none.

Anglican Frontier Missions is an organization focused on reaching these precious ones for whom Christ died, just as He did for you and me. You may have heard the term “10/40 window” before. The picture below depicts where the majority of these people reside.

You see the resource imbalance of huge proportions here. The inclusion of AFM in our annual budget is a small step in the right direction of participating more fully in our Lord’s command to take the good news of Christ “to the ends of the earth.”

Here is a link to an excellent 5-minute video that explains the task for us as Christians today:

Here is a link to a 4-minute video about AFM featuring the Rev. Chris Royer, Director of AFM:

If you are interested in learning more about efforts among the unreached, take a look at the boatload of information out there online among many of today’s evangelical mission thinkers. Some good resources are The Joshua Project, Finishing the Task, and Global Frontier Mission.