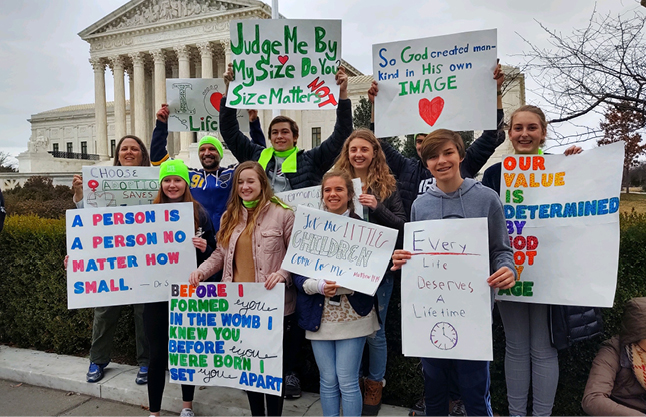 I had an amazing time at the March for Life even though I  was a little nervous going into because I didn’t know everyone going with St. Philip’s (or the other 800,000 people who were there). Just as I arrived at the airport, I received a text saying that our flight was delayed but that we should still head on over, which was an interesting start to my experience. At the airport, we prayed as a group, took lots of pictures, said our goodbyes to parents and loved ones, and headed to our gate. We made it through security even though there was an extra L in Lily’s name on her boarding pass. At the gate, we played Spicy Uno (which is Uno with interactive rules like “no talking when someone puts down a 7” or “slap the pile when someone puts down a 6”) and Catchphrase. These two games made the four hours of waiting go by, well, at a normal pace, but they were still fun! 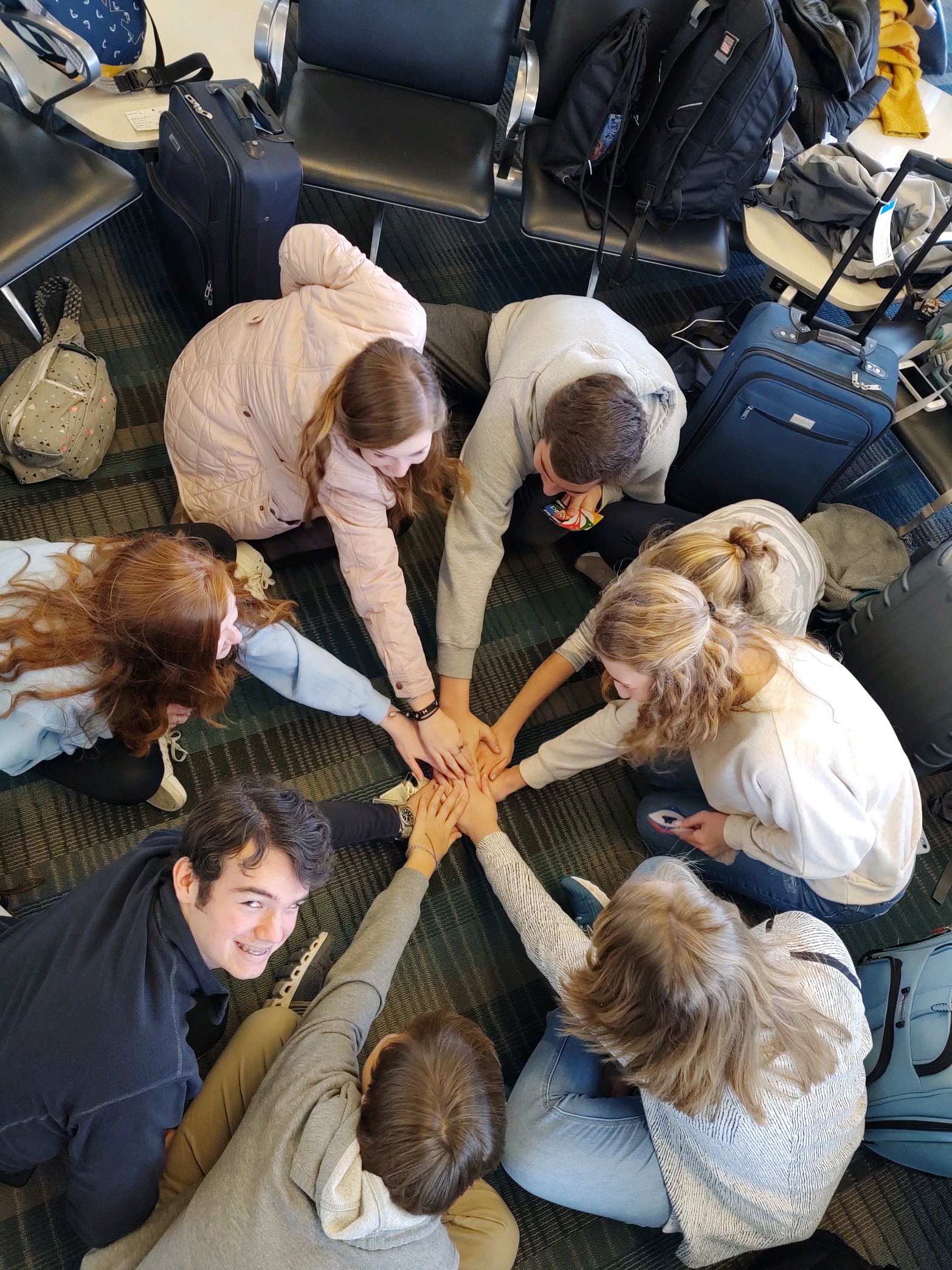 After a short flight, we took a bus to our van, which we would later name Bertha for its stature and strength. Bertha, with the help of David Gilbert, led us to our hotel, where we rested before decorating our signs for the march. While other signs said things like “Adoption Saves Lives” or “Women’s Rights Begin in the Womb,” I decided to go the more traditional route with a Yoda quote: “Judge me by my size do you? Size matters not,” which I, naturally, had to use. 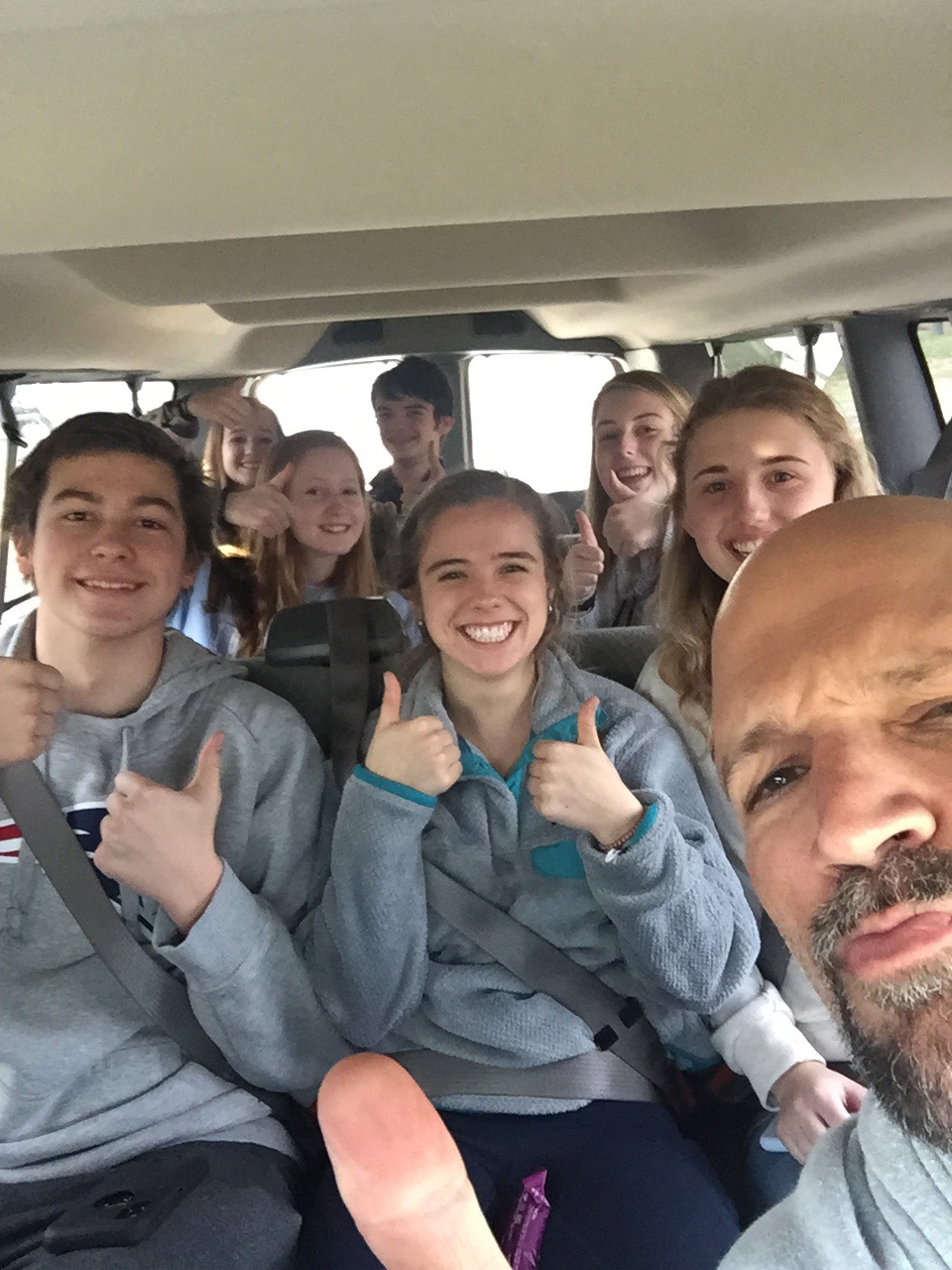 We headed over to the ySummit Conference for youth at Falls Church Anglican, where there were three speakers and lots of barbecue and pizza. We heard about how absolutely everyone–– including those who do not live over a month, those who have disabilities, and those who were aborted––is made in God’s image, how abortion disproportionately affects minorities, and how the government has taken away sixty million dollars in funding from Planned Parenthood. And we heard horrific facts and learned that the abortion pill, which women are told can cause “a little bleeding,” can leave them on their bathroom floor for hours soaking in regret and vulnerability.

After breakfast the next morning, we went to the March for Life Anglican service. Though I’m not used to praise music, priests in tennis shoes, or clapping in church, I did enjoy it. I learned a lot more about people’s personal stories with abortion, like feeling a child moments before death and the sadness that comes after it called Post Abortion Stress Syndrome.  We were given hats and scarves (which were incredibly green) for the walk to identify us as Anglicans for Life, and we walked back to the hotel to gather our signs, warm clothes, and water before heading out the door of the hotel and into the majestic sliding door of Bertha. Driving around DC looking for parking in a massive fourteen-seater van is not the easiest thing to do nor the least worrisome. Luckily, we did not miss the beginning of the march, and it actually started a little late due to Donald Trump’s being there. We held up our signs, got pictures, laughed and smiled, chanted, waved to news cameras, saw many different types of people, and marched.  I saw some disturbing images, labeled “genocide photos,” that I can still see in my head. If you have any doubts about being pro-life, I suggest you look at some––you will not think of it the same way. It was such a powerful experience to be involved in.

We ended the outing with some burgers/salads and a trip to Tim Scott’s office, and then took Bertha back to the hotel. After some praying, we got some rest and later went to a restaurant called 11:11 that was right under our rooms, where we had dinner and did a little karaoke. 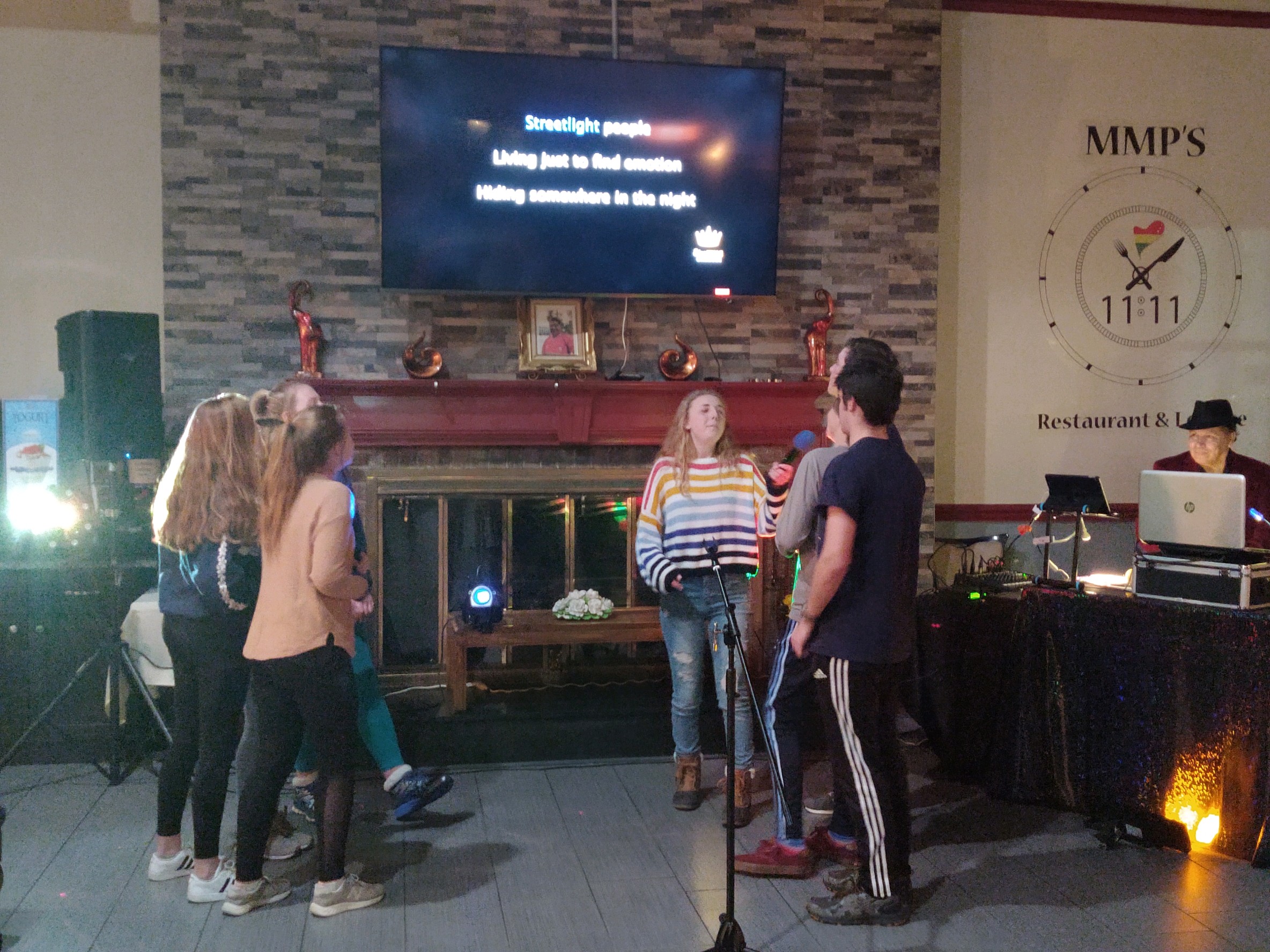 Before we went to the airport the next day, we headed over to the Museum of the Bible, where I learned that the Old Testament has been translated into hundreds of languages and the New Testament into thousands. I learned about places Bible verses are located around the city and saw some Bibles in Latin, Arabic, Hebrew, and more. Sadly, our trip came to an end and so did our time with Bertha. We dropped her off so she could serve another large group, and we took the bus to the airport to fly back home and meet again with our loved ones. I highly recommend that you and/or your family members come on this trip next year for the 48th annual March For Life! Thanks to David and everyone else who made this trip possible.