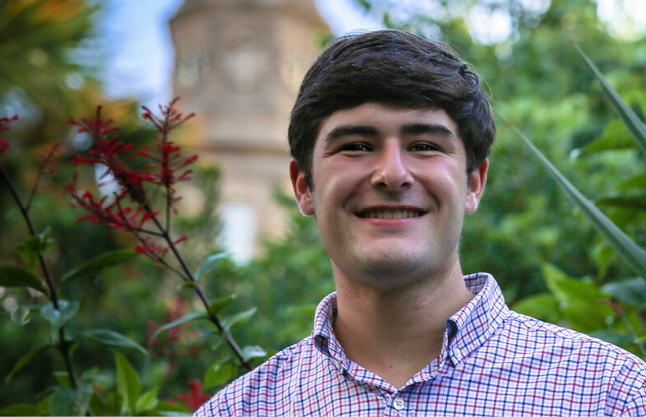 Ever since November 2019, I have been a Leader in Training for the middle school youth group. When lockdowns started and everything became virtual, I missed helping the middle school youth grow in their walk with Christ. Every Friday night, I thought to myself: “What would middle school have been like today if the virus never existed?” When lockdowns were lifted, school started, and the new normal began, I resumed my job as the cameraman for the Porter-Gaud football team.

Left: Jackson Ayers, a senior at Porter-Gaud, in his role as camerman for the Porter-Gaud football team.

Problem was, the games were on Friday nights––the same time as middle school youth group. Even with the excitement of getting out of school early to watch some football, I still really missed helping out at youth group. When the season finally ended, God put it on my heart to share a message with the middle school youth. A week later, I asked David Gilbert, the St. Philip's youth minister, if I could give a talk for the two youth groups. He was surprised, as I would never have volunteered for that before, but he immediately said yes.

For the next week, God helped me put what was in my heart into words. When all was said and done, I knew what I was going to talk about: trusting God. Jeremiah 29:11 ("For I know the plans I have for you,” declares the LORD, “plans to prosper you and not to harm you, plans to give you hope and a future") was at the center of my message, and I talked about how if we can put our trust in Him and His plans, we can be at peace knowing that He will take care of us. We can conquer anything with Him (even a nasty virus). I then shared my personal story of putting my trust in Him during a tough time when I struggled with finding friendships and activities to get involved with, and I shared how He helped me conquer my problems. This message is so important now, especially with the uncertainty of COVID. 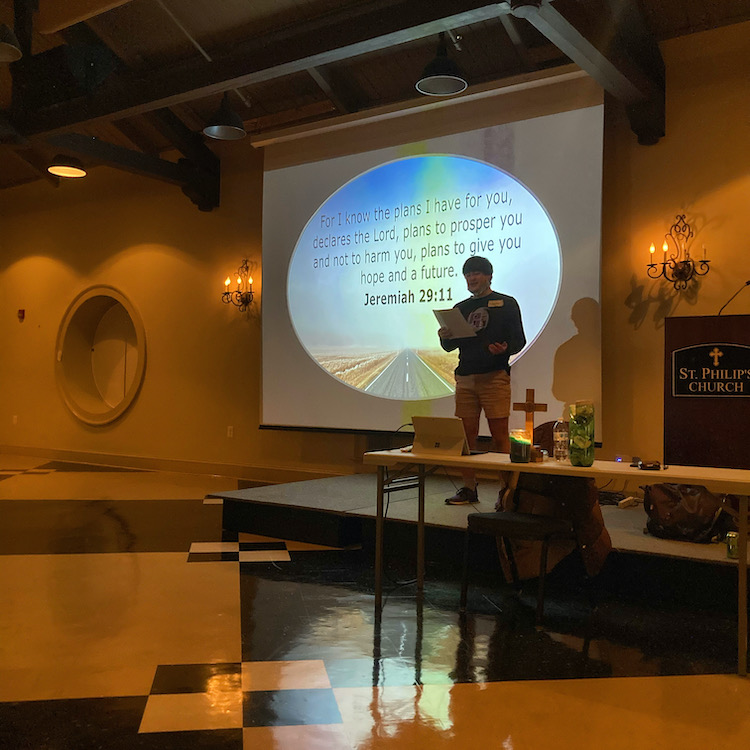 Right: Jackson Ayers speaks to the youth of St. Philip's on November 22.

Before I gave my talks on Friday and Sunday, I was a little nervous, as this was my first time speaking about this topic in front of a larger group. However, after David’s prayers, I was at peace knowing that He would help me share my message. After I spoke, many of the youth and my fellow leaders encouraged me and said that they definitely needed something like this. I even got a text from one of my friends a week later that said she was still thinking about it. Without Him, I would have never had the courage to share a message and my story, reminding youth like me that they are more than conquerors through Christ Jesus our Lord. This amazing youth group, leaders, and church community have been the foundation of my walk with Christ, and have given me a lifelong desire for Him.

Are you interested in being a part of the youth group or even becoming a leader in training? Contact David Gilbert at dgilbert@stphilipschurchsc.org.