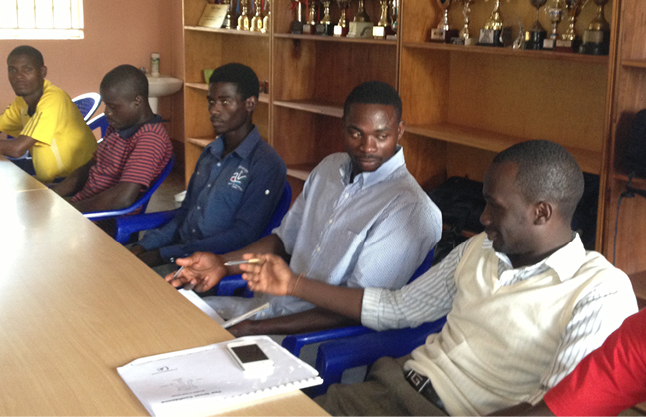 From 2012 to 2013, my husband, Tom, and I lived on the campus of Uganda Christian University, an Anglican university known as a “Centre for Excellence in the Heart of Africa.” Tom had received a Fulbright Scholarship from the U.S. State Department to establish and equip science classrooms and labs in the newly constructed science building.

In the 20 years leading up to our time in Uganda, I had spoken many times to young audiences about God’s design for love, sex, and relationships. As a high school English teacher and the mother of three daughters, I’d seen what was happening in my students’ and daughters’ peer groups––the culture of casual sex––and I was led to teach them about abstinence and about setting boundaries designed to protect and secure a pure relationship.  When I placed the essentials for our nine-month stay in Uganda in my carry-on bag (my Bible and two sets of clothing in case of lost luggage––I’d learned my lesson the hard way) I also slipped in several folders of presentations on a Christian understanding of sexuality. Would African university students grapple with their sexuality like the hundreds of American students I had met and talked with? I would soon find out.

My experience in Uganda fulfilled two livetime wishes: living in Africa and living on a university campus. We soon fell into a daily rhythm of classes, meeting with students, and teaching presentations. At the end of the day, we often walked down to the campus pitch (soccer field) to watch the magic of Ugandan football. Football is king in Uganda, from the capital city of Kampala, where children play with authentic soccer balls, to the bush (primitive countryside), where they play on makeshift fields with balls made of rolled banana leaves, stone, and twine. We would stand in thrilled amazement watching students play, marveling at their intricate foot skills, their swift passes to teammates, or their spot-on accuracy when heading the ball. It is no wonder these young men are recruited by American teams.

I met with the Rev. Amos Kimera, Uganda Christian University Chaplain, and his wife, Florence, telling them of my passion to communicate God’s design for sexuality and marriage. AIDS, still a formidable disease in Uganda, infected hundreds each week. The message of abstinence with grace and mercy is greatly needed, and when young people learn of God’s heart for their sexuality, the truth––in contrast to the messages they receive from western culture via film and music––resonates with them.

Amos and Florence invited me to their home multiple times to share with students after classes had ended for the day. There were 10,000 students attending UCU. My assignment was huge! I began receiving numerous invitations to share a scriptural perspective on God’s magnificent gift of our sexuality. Invitations came from the student choir, praise and worship teams, the drama team, Bible study groups, dorm gatherings, young adult faculty, other UCU campuses, Anglican churches in Kampala, and more and more… Students began to ask for private appointments.  In a very different cultural setting, where marriage traditions are vastly unlike our own, I listened to them struggling with the same longings as their American peers. I listened and responded, and we prayed together. 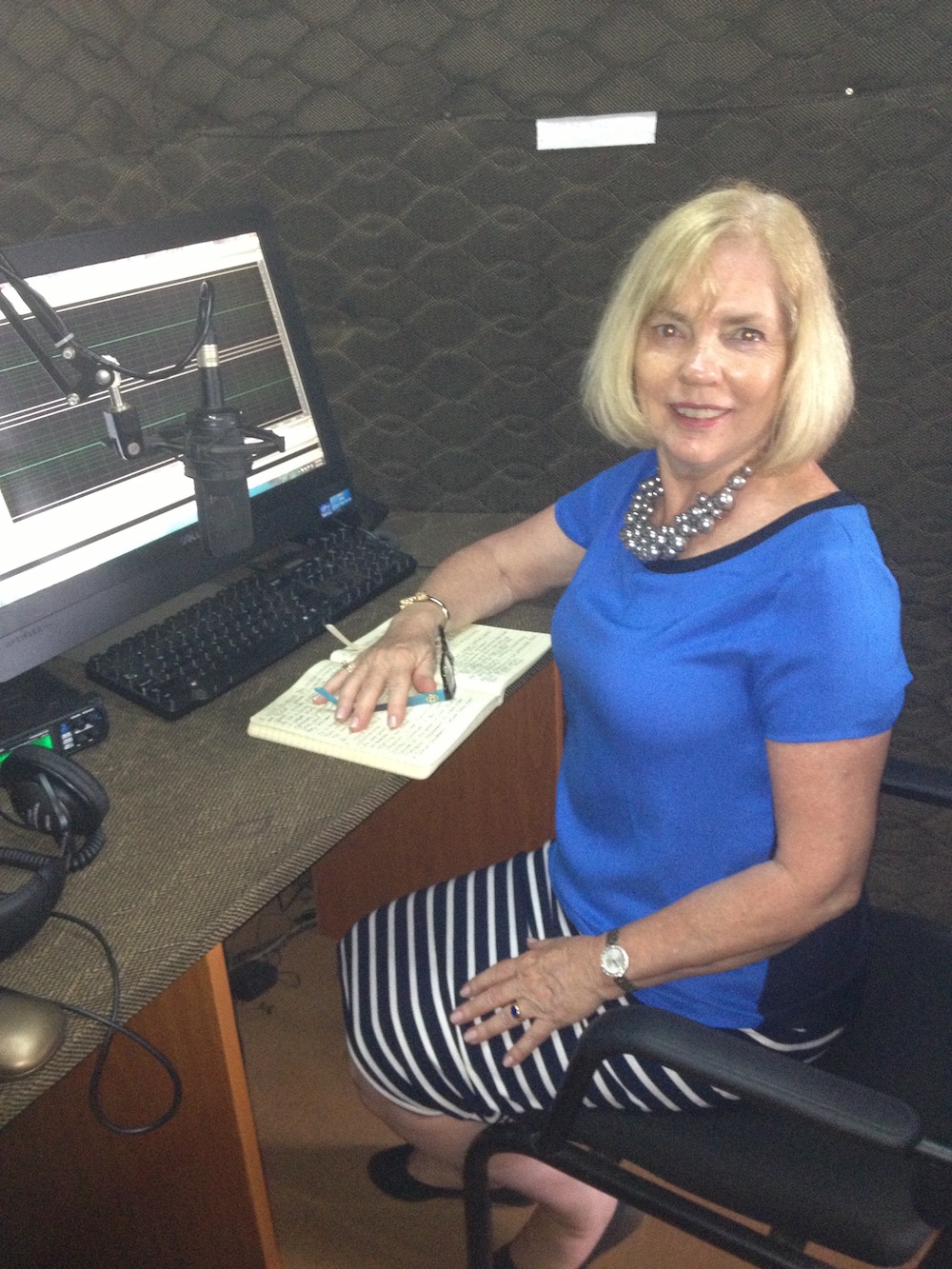 Jayne Gurley at the Words of Hope radio station

Florence invited me to the Words of Hope radio station on the UCU campus. Placing me in a soundproof booth with a microphone, she asked, “Can you speak for an hour on God’s plan for sexuality? You will reach hundreds of families throughout Uganda, western Kenya, and South Sudan.”

“Yes,” I told her. “Please pray with me first.” After an hour, Florence stepped back into the broadcast booth. “That was great! Can you talk for another hour?” I did. Whew!

When I was leaving the sound booth, five Anglican priests dressed in frayed suits and collars approached me. Because of the furrowed scars across their foreheads, I knew they were Sudanese. These scars represent their tribal traditional entrance into manhood.

One priest stepped forward. “Madam,” he implored, “we heard your talk about our God-given sexuality. Our young people desperately need this truth. May we take copies back to Sudan?” I looked to Florence. “Copies are being made for you now,” she responded.

A few days later, I heard an insistent knock on the screen door of our veranda and a voice calling, “Mama, are you home?” Stephen, the goalkeeper for the UCU football team, peered in through the screen. He said he had a special request, and I asked him in.

“Coach Jackson is inviting you to come to the athletic office and talk to the whole team before practice about a Christian understanding of sex,” he said.

A few days later, Tom and I walked down to the athletic office. I had asked Tom—no, I told him—that I really needed him to join me for this one!  I wanted the young men to see the man I love and married, the man of God’s own choosing.

Twenty superb, extremely fit athletes sat around a long, wooden table. Handsome, perfectly groomed heads all focused on me as Coach Jackson made introductions. They had come from towns and villages throughout Uganda and surrounding countries.

I know this talk inside and out, and I speak from my heart. I am passionate to reveal God’s heart about His gift to young men and women! I reveal the enemy’s strategy to use the beautiful gift of our sexuality as a weapon to destroy the wonderful man and the beautiful woman.

Jesus said in John 10:10, “The thief comes only to steal and kill and destroy. I came that they may have life and have it abundantly.” Standing in front of these young men, I was met with expressionless eyes. Young men with muscles able to flex and move like young lions sat as still as statues. Were they even breathing?

My voice echoed off the concrete walls as I spoke of God’s intricate creation of man and woman. Adam’s poetic utterance in Genesis 2:23 when God awakened him to behold Eve: “This at last is bone of my bones and flesh of my flesh …”

I spoke to blank faces about the sacred treasure called marriage, of the one-flesh relationship given by God. I moved through the 12 steps of pair bonding outlined by Dr. Donald Joy in his book “Bonding: Relationships in the Image of God” and delineated the differences between men and women in attraction. With Scriptures, I share the heart of a loving God and how to set boundaries. Foremost, I share God’s incredible love and His desire for them to experience the joy and mystery of marriage. Ending with prayer, I thanked the team for listening. They still maintained a posture of silence.

Hurriedly, Tom and I left and climbed the hill back to our apartment. I didn’t know what to make of the total lack of response. My confidence shrank by the minute!

“It was a total failure,” I told Tom. We were both puzzled and taken aback by the experience.

A few hours later, in the darkness, another knock on the screen door. Stephen the goalkeeper again. I dreaded what he had come to say.

“Madam, the team wants you to come back and say exactly what you told them today. Do not change one word. We’ve never heard God’s truth about sex before and we want to video you. We plan to send the video to all of the football teams at the other colleges and universities we play against.”

A few days later, we walked into an athletic office filled with clapping and cheering!  With notebooks and pencils, they recorded the 12 steps of healthy bonding.  We spent time praying they would set a boundary pleasing to God, preparing them for strong, healthy marriages. I spoke into the camera to football teams throughout East Africa and beyond.

Afterwards, Coach Jackson said with tears in his eyes, “If I had only known this as a young man, I would not have messed up my life––and the lives of others.” He was married with a family, but he still regretted the promiscuity of his younger years. Greatly humbled and deeply grateful, I was stunned with this outcome.

Later, we stood alongside the UCU football pitch watching a match with another team. Like cobs, the Ugandan deer-like national animal, these young men flew down the grassy field. They dribbled and passed the ball with deliberate accuracy, fleet of foot. As they flew past us, I saw their determination, their fervor, their passion. Lord, I pray these young men may have the same determination, fervor, and passion to reach the goal of sacred marriage.