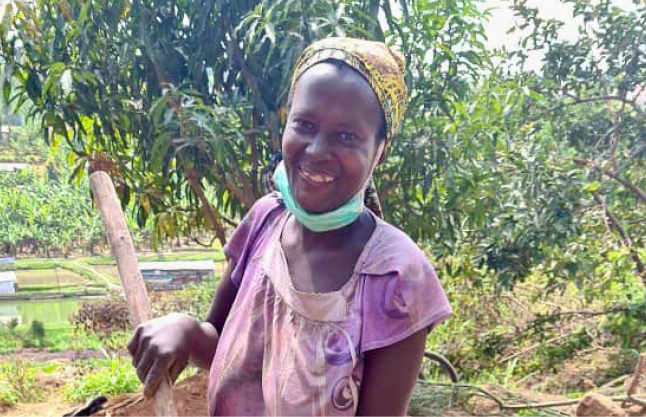 Early in the days of the pandemic, the Dufatanye Organization joined forces with partner organization ZMission to provide emergency relief to desperate people in Rwanda. At that point, I was skeptical that we’d be able to raise the funds to make even a small dent in such an overwhelming need, and I told one of my friends that I would be surprised if we could donate provisions for six weeks. But between March 26 and July 20, we gave away 198,836 pounds of maize flour, 97,911 pounds of beans, and 9,901 twelve-inch bars of soap to 50,565 people in 941 families! Let us rejoice in what great things God has done!

Though our food distribution project is now dwindling, ministry opportunities that emerged from it are just beginning. Meet Speciose, age 68, who bore eight children. Only one of her children is still alive today, a daughter named Olive, age 30. Olive has two sons, ages four and two years. Olive has a heartbreaking story to tell. At age twelve, she was forced to work as a prostitute. This continued for twenty-eight years until the start of the pandemic. She never attended school and never learned to read or write. We first met Olive on the days she came to receive food. Before handing out the goods, our team shared how much God loves every recipient and their families. After Olive received 10kg maize flour, 5kg beans, and a bar of soap, she remarked, “Thank you, God, for the food. But I don’t have where to eat it from.” 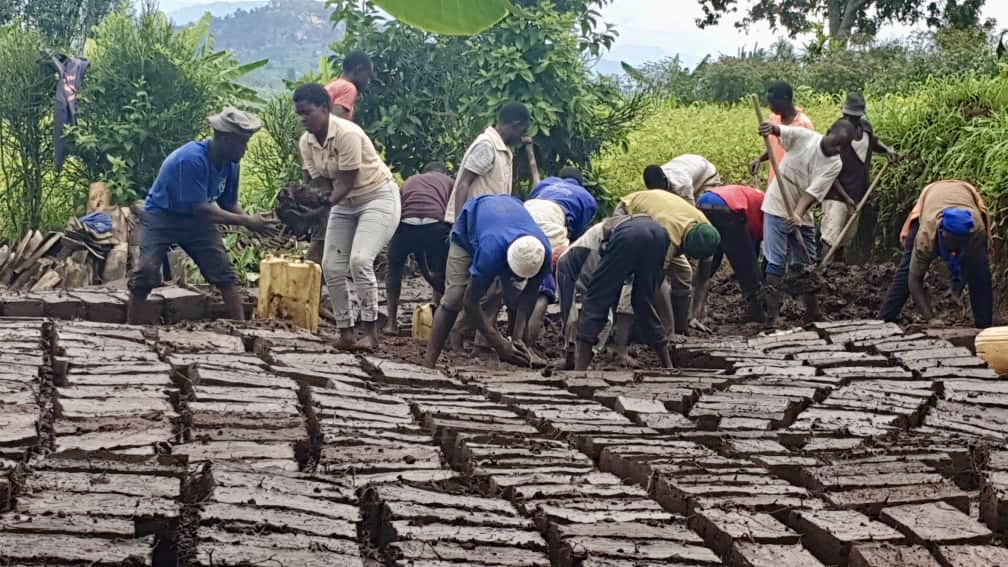 Godfrey Karema, the Dufatanye Organization (DO) Founder and Director, shares, “Her words touched me and prompted me to go visit her home. I found it not worth being called a house.” The DO decided to rent Olive and her family a house until God provided the means to build a house for them. As the Hunger Relief Project slowed down, DO members and others in the Village of Hope began to make mud bricks for a new house, and each staff member at the DO also contributed a sack of cement. “This is not a little thing,” says Godfrey. “Several of our staff have very few resources to live on.”

Olive had never been given food, not without getting beaten or abused, and after Olive received food a second time, she decided to join the DO, and she has started making bricks with the others for her house. At first, the others laughed to see her working because she was not used to that kind of manual labor. She told them, “I am now a new Olive, not the one you used to know. I have known how much God loves me, and I will never be a prostitute or the Olive you knew before.”

“Everyone laughed and rejoiced with her!” said Godfrey. “Now, Olive is seeking the Lord. She works on the house every day, and last Sunday she attended church. She brought her mother and the children with her.”

Olive is sometimes embarrassed to smile because she lost three teeth after a man beat her. But Olive smiles now. She has discovered our Lord and Savior Jesus Christ, and she knows that He smiles upon her. He is transforming the old Olive into a new Olive.

“Therefore, if anyone is in Christ, she is a new creature. The old has passed away; behold, the new has come.” 2 Corinthians 5:17

How to Pray for Our World Mission Partners and Missionaries